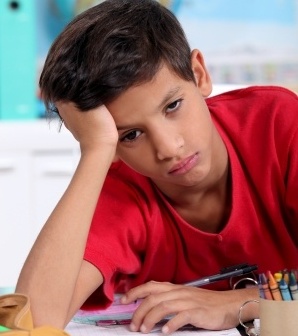 Low mood, depression, anxiety, difficulty focusing on tasks, or attention deficit disorder (ADD) all have something in common…. neurotransmitter imbalances! Neurotransmitters are messengers in the brain that regulate emotional states, physical energy, and mental performance.

Testing and treating for imbalanced neurotransmitter function can have a profound influence on overall health and well-being.

The physical and emotional stresses most people have in their lives, combined with a poor diet in a fast paced and processed food society, demands a lot from the body and can ultimately lead to neurotransmitter imbalances. In fact, these imbalances are associated with most of the chronic symptoms and conditions seen in healthcare provider offices today:

Effect On The Body
You may have heard of some neurotransmitters like serotonin, dopamine, norepinephrine, and epinephrine. But do you know how they can affect your health?

A lack of serotonin is one of the most common contributors to mood related problems. Serotonin is considered the ‘master neurotransmitter’, yet around 80% of our population is deficient! Serotonin is key to feelings of happiness and very important for emotions because it helps defend against both anxiety and depressed moods. Serotonin regulates many processes connected to other health issues such as carbohydrate cravings, sleep cycles, pain tolerance, and appropriate digestion.

Dopamine is referred to as the ‘feel good’ neurotransmitter because it is responsible for motivation and drive to do things. Dopamine is associated with positive feelings such as being in love, exercising, listening to music, and having sex. Insufficient dopamine can cause difficulty in initiating or completing tasks, concentration to be poor, low energy, and a lack of motivation. A low dopamine level can also lead to addictive and compulsive behavior.

You may have heard of norepinephrine and epinephrine as ‘noradrenalin’ and ‘adrenalin’. These neurotransmitters are critical in managing the body’s stress response. When someone is presented with a stressful or scary situation, these neurotransmitters work together to regulate the body functions that allow an appropriate response to stress. These important body functions include increased heart rate and blood pressure for alertness, quick muscle response to move, and dilated pupils to see better. When these neurotransmitters are imbalanced the body can be either non-reactive or over-reactive to even mild stress events. There are other potential neurotransmitter imbalances contributing to symptoms as well. The benefit for you is that addressing these imbalances can be a very simple and effective approach to feeling better!

Testing & Treatment
The first step towards better health is to identify possible imbalances with a lab test. Dr. Escobedo works with Labrix Clinical Laboratories to test neurotransmitters. The test is noninvasive, simple, and can be done at home.  The test results will tell us what neurotransmitters are out of balance, then we create a targeted treatment plan to rebalance them. How is this different from what your medical doctor has to offer? We focus on restoring neurotransimtter levels instead of sparing what is there. For example, your MDs often prescribe Selective Serotonin Reuptake Inhibitors (SSRIs) for depression such as Celexa (Citalopram).  The SSRI is helping your brain to make the most of the little bit of serotonin that is there and as a result the patient feels better. Alternatively, we provide your brain with the building blocks it needs to build more serotonin to restore balance in the system. We focus on nutrients, diet, and lifestyle modifications to restore healthy balance. And it works!

If you’re interested in getting tested or would like to learn more, book your consultation online today!